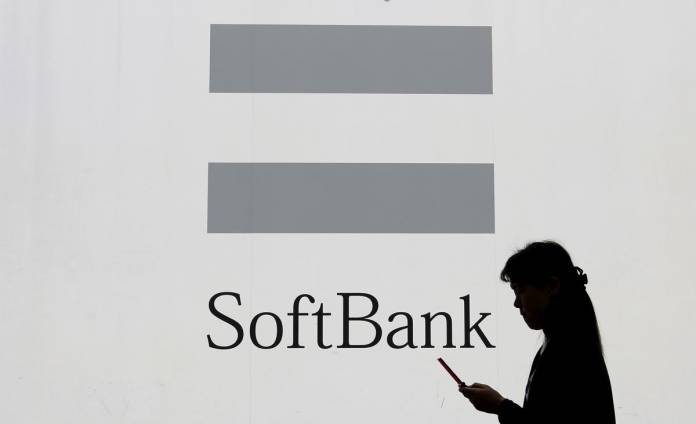 TOKYO (Reuters) – SoftBank Group Corp’s domestic wireless unit raised its free cash flow 50% in its first quarter, part of a broader effort to stabilise the group and help it weather the coronavirus outbreak.

SoftBank Corp said on Tuesday it generated adjusted free cash flow of 236 billion yen ($2.23 billion) in the April-June quarter, compared with 159 billion yen a year earlier, in part through securitisation of receivables.

CEO Ken Miyauchi said the wireless carrier aims to cut costs and reduce debt. After a wave of consolidation among Japanese internet companies there would be no large deals for a while, he said, adding share buybacks would be considered.

SoftBank Group has cut its stake in the telco to 62.1% from 67.1% as Chief Executive Masayoshi Son sells assets to buttress the parent’s finances and fund a record 2.5 trillion yen share repurchase plan.

The group buyback has fuelled a divergence in market valuation, with SoftBank Corp’s share price languishing below its 1,500 yen initial public offering price from December 2018, even as its parent’s shares rocket to two-decade highs.

The telco reported a 4% rise in first-quarter operating profit, beating analyst estimates, as falling profit at its consumer business was offset by growth in enterprise as it benefits from growing demand for teleworking services amid the coronavirus outbreak.

SoftBank is making a major push into online retailing through companies it controls.

Separately on Tuesday, the telco said it had under-reported 3 billion yen of income during the financial year to end-March 2019, entailing additional taxes.