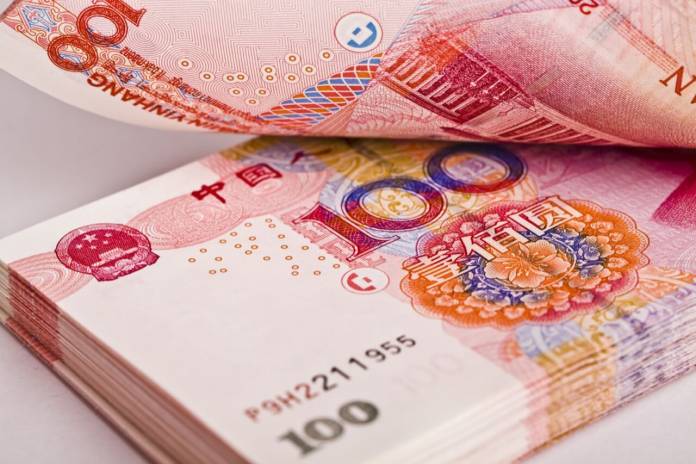 As China ramps up its efforts to lure more foreign investments amid tensions with the US, the Chinese central bank moves ahead to promote its currency’s internationalization to make the use of yuan easier for outside investors to invest in Chinese bonds and stocks.

On Friday, Chinese central bank, People’s Bank of China, said that it anticipates its currency to play a big part in pricing and settling commodities trade, including crude oil and iron ore.

While cross-border yuan settlements in foreign trade jumped by 16% last year, which represented 13.4% of the total cross-border trade settlements, the central bank disclosed.

In an effort to boost yuan and lessen China’s reliance on the US dollar payments, China has allowed US-based company, American Express to join the country’s clearing network, which is expected to strengthen yuan’s circulation and its role in global finance, according to analysts.

“If Chinese consumers can go to other countries, and their payments there can be cleared in yuan, then this would increase the use of the yuan and help with its internationalization progress,” Nathan Chow, senior China economist at DBS Bank was quoted in a South China Morning Post.

“The move is also a signal that China is not sanctioning the businesses of American companies, despite tensions.”