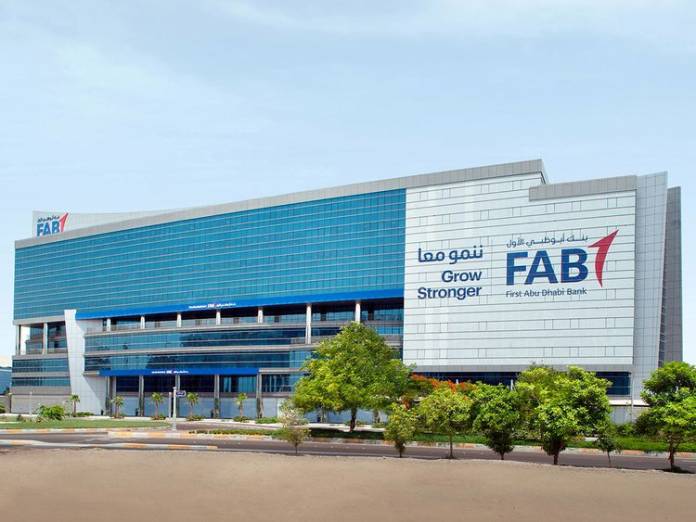 Dubai: A surge in loan impairments caused by the impact of COVID-19 and an economic slowdown resulting from low oil prices have seen a sharp decline in profits for UAE banks in the first half of 2020.

In addition, a sharp contraction in interest margins resulting from low interest environment too have hurt the profitability of banks. Despite the reopening of the economy, challenging operating environment posed by economic contraction resulting from COVID-19 and low oil prices is expected to linger and banks are likely to face the burden of rising loan impairments.

The impact of pandemic and the contraction in the local economy was visible on the balance sheets of banks at the close of the first half of 2020.

First Abu Dhabi Bank (FAB), the UAE’s largest bank reported a net profit of Dh4.8 billion, down 24 per cent compared to the same period in 2019, driven mainly by more than 100 per cent increase in impairment charges in H1, 2020 and lower revenues, partly mitigated by cost reduction.

Dubai Islamic Bank (DIB), the largest Islamic Bank too reported a very similar trend on profits with 23 per cent year on year decline year on year to Dh2.11 billion for the first half of 2020 compared to Dh2.73 billion reported in the same period last year.

Despite the more than an average of 24 per cent decline in net profits, all three banks displayed strong resilience in balance sheet growth amidst economic challenges posed by COVID-19 and slowing economy.

“FAB delivered a resilient performance in the first half of 2020 in a period of unprecedented challenges. Our strategic actions have enabled us to further strengthen our balance sheet, Said André Sayegh, FAB Group Chief Executive Officer.

While Emirates NBD reported a 2 per cent growth in total assets at Dh694 billion in the first six months of the year, loans increased 1 per cent as deposits declined by 2 per cent.

DIB witnessed strong balance sheet growth in the first half of 2020 driven by its re-alignment strategy. At the close of the first half of 2020, the bank’s total assets stood at Dh295 billion, up by 27 per cent from yearend 2019. The bank deployed around Dh20 billion in new financing growth driven by the realignment of strategy focusing on lower risk sectors, particularly sovereigns.

“2020 has turned out to be an exceptionally unusual year for the global economy thus far, due to the lingering uncertainty as to when the pandemic would materially subside. Despite everything, the year has seen us hit new milestones, with both customer financing and deposits crossing the Dh200 billion mark and the balance sheet now approaching the coveted Dh300 billion level,” said Group Chief Executive Officer, Dr. Adnan Chilwan.

The UAE’s banking sector has been facing a creeping increase in loan impairments from the second half of 2019 that got aggravated in the first half of 2020 driven by the sharp decline in oil prices and the mounting business losses and private sector job losses from the impact of COVID-19.

In addition to the exceptional economic conditions, some banks also saw sharp spike in their loan impairments resulting from corporate defaults. While the financial irregularities in NMC Health Care Group along with Finablr and their associate companies have resulted in close to Dh10 billion exposure for UAE banks resulting in potential spike in impairments.

Abu Dhabi Commercial Bank (ADCB) reported a 48 per cent decline in its first half 2020 net profit to Dh1.43 billion compared to Dh2.78 billion reported in the first half of 2019, largely driven by impairments related to NMC, Finablr and their associate companies.

ADCB reported impairment charges of Dh2.55 billion in the first half 2020, up 117 per cent compared to Dh1.17 billion in in the same period last year. Total impairment allowances related to NMC Health Group, Finablr and associated companies stood at Dh1.23 billion at the end of first half.

Emirates NBD saw the non-performing loan ratio increasing to 5.8 per cent at the close of the second quarter. The impairment charge of Dh4.2 billion is 243 per cent higher year-on-year due to higher Stage 1 and 2 expected credit loss (ECL) allowances as per the IFRS-9 reporting standards.

Amidst the pandemic and challenging economic environment, UAE banks continued to report strong liquidity and capilisation levels, which keep them better positioned against rising provisions against loan impairments.

FAB’s Common Equity Tier 1 (CET1) ratio strengthened to 13.6 per cent at the close of the first half of 2020, while Tier 1 capital and total capital ratios also remained comfortably above Basel III regulatory requirements at 15.2 per cent and 16.4 per cent, respectively.

“Our capital position remains solid and comfortably above regulatory requirements, even as we proceeded with the repayment of our Additional Tier 1 capital notes in June, testament to our long-standing commitment to our global investor base,” said Sayegh.

Emirates NBD’s liquidity remains strong with the liquidity coverage ratio at 152.5 per cent as at June 30, and the advances-to-deposits ratio at 96.1 per cent. In the first-half, the group raised Dh10.9 billion of term debt, including two benchmark senior public bond issues and Dh7.3 billion of private placements with maturities up to 20 years. As at June 30, the group’s common equity tier 1 ratio is 15.3 per cent, tier 1 ratio is 17.3 per cent and capital adequacy ratio is 18.5 per cent.

For DIB, net financing to deposit ratio stood at 97 per cent at June end. Capital adequacy ratios remain healthy with overall CAR at 16.7 per cent and CET 1 ratio 12.3 per cent respectively.

Mashreq maintained adequate liquidity despite market volatility and pandemic uncertainty. Liquid assets ratio stood at 37.3 per cent with cash and due from banks at Dh58.2 billion as on June 30, 2020. Loans to deposits ratio remained at 77.6 per cent at the end of June 2020.

“During the first half of the year, Covid-19 sent tremors of uncertainty across the global and regional economy, as lockdowns were imposed across most of the world. Despite this, Mashreq maintained adequate liquidity to meet our business needs, and ensure we were able to effectively serve our customers, clients and communities during this unprecedented situation,” said AbdulAziz Al Ghurair, Chairman of Mashreq.

FOCUSED ON COST REDUCTION, MORE BANKS LIKELY TO SHED JOBS
Dubai: Faced with difficult operating environment and squeeze on interest income banks are likely to focus on measures to reduce costs and balance sheet restructurings.
In 2019 UAE banks slashed close to 1000 jobs largelly resulting form consolidation in the banking sector driven by bank mergers. A recent central bank report showed the number of employees in national and foreign banks declining from 36,448 employees in at the close of the second quarter of 2019 to 35,518 employees by the close of the third quarter of 2019.
Digital transformation and technology adoption are also helping banks to reduce number of branches and in some cases headcounts.
While a few leading banks such as Emirates NBD and Abu Dhabi Commercial Bank have implemented significant job cuts last month, many others are quietly reducing head count in various departments.
The UAE’s banking sector is expected to a face a bumpy ride into the third quarter with the second quarter earnings reflecting the impact of COVID-19 on asset growth, asset quality and profitability.
Shedding operating costs will remain the biggest focus area for regional banks in the next few quarters to arrest sharp decline in asset growth and profits and rising NPLs.
Responding to the slowing economies, most banks had initiated cost cutting measures even prior to COVID-19 becoming a global pandemic. During Q1 2020, cost to income C/I ratio of top 10 UAE banks improved by 110 bps, after rising for the previous quarters. The lower C/I ratio was reported due to decline staff costs associated with marketing expenses by 6.8. The decline in expenses was largely on the back of cost-cutting measures adopted by the banks, as eight of the ten banks reduced their expenses.
“The impact of COVID-19 on the profitability of banks is unprecedented. There is no other option but to downsize operations and reduce cost to make businesses viable in the short to medium term. It is painful, but there are few options,” said the retail banking head of a local bank.