Home Banking and Finance Will Toyota stop investing in India?

Following reports that Toyota Motor Corp. won’t expand further in India due to the country’s punitive tax regime, India’s minister in charge of heavy industries came out with a statement refuting the news. News agency Bloomberg had reported earlier this week that the Japanese major is set to stop investing in the Indian market, which it said was a blow for Prime Minister Narendra Modi, who has been trying to lure global companies to offset the economic crisis brought on by the coronavirus pandemic.

The government keeps taxes on cars and motorbikes so high that companies find it hard to build scale, the report quoted Shekar Viswanathan, vice chairman of Toyota’s local unit, Toyota Kirloskar Motor as saying. Vishwanathan was quoted as saying the high levies put owning a car out of reach of many consumers, meaning factories are idled and jobs aren’t created.

“The message we are getting, after we have come here and invested money, is that we don’t want you,” Viswanathan said in the Bloomberg interview. In the absence of any reforms, “we won’t exit India, but we won’t scale up.”

Toyota, one of the world’s biggest carmakers, began operating in India in 1997. Its local unit is owned 89 per cent by the Japanese company and has a small market share – just 2.6 per cent in August versus almost 5 per cent a year earlier, Federation of Automobile Dealers Associations data show.

However, Prakash Javadekar, India’s minister of Environment, Information and Broadcasting and Heavy Industries and Public Enterprises said on Tuesday that the news that Toyota Company will stop investing in India is incorrect.

“The news that Toyota Company will stop investing in India is incorrect. @vikramkirloskar has clarified that Toyota will invest more than Rs 2000 crore (1 crore is 10 million) in next 12 months”, Javadekar clarified on Twitter.

Vikram Kirloskar, Vice Chairman, Toyota Kirloskar Motor also clarified the Toyota position in a tweet. “Absolutely! We are investing 2000+ crs in electric components and technology for the domestic customer and export. We are committed to the future of India and will continue to put all effort in society, environment, skilling and technology”. 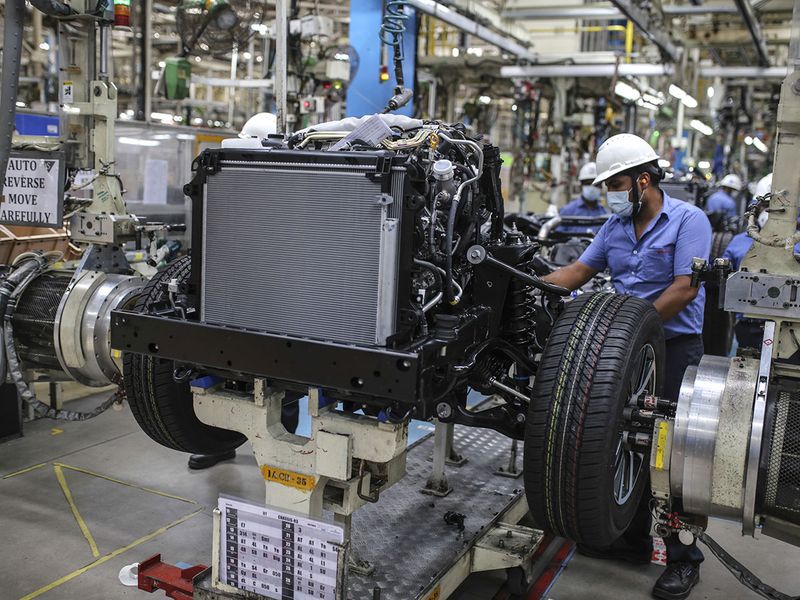 A worker seen at Toyota Kirloskar Motor’s plant in Karnataka, India. The company has come out with a statement reaffirming its commitment to the Indian market.
Image Credit: Bloomberg

This was followed by a statement from Toyota Kirloskar Motor reaffirming its commitment to India as being an integral part of the company’s global strategy. “We need to protect the jobs we have created and we will do everything possible to achieve this,” the company said in a statement. “Over our two decades of operations in India, we have worked tirelessly to build a strong competitive local supplier eco-system and develop strong capable human resources. Our first step is to ensure full capacity utilisation of what we have created and this will take time.”

“In wake of the slowdown that has been exaggerated by the Covid-19 impact, the auto industry has been requesting the Government for support to sustain industry through a viable tax structure,” the statement said. “We remain confident that the government will do everything possible to support industry and employment. We recognise the strong proactive efforts being made by the Government to support various sectors of the economy and appreciate the fact that it is open to examine this issue despite the current challenging revenue situation.”

The digitalisation of wealth management