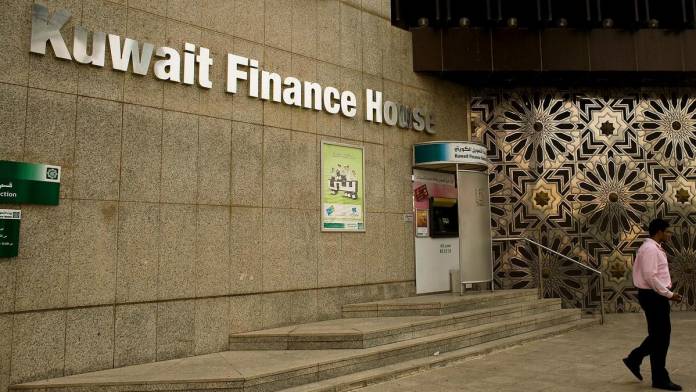 Kuwait Finance House, the biggest Sharia-compliant lender in the Gulf state, reported a 77.5 per cent decline in its second quarter net profit, as impairment charges for potential loan losses increased due to an economic slowdown spurred by Covid-19.

Net profit for the second quarter ending June 30 slipped to 12.6 million Kuwaiti dinars (Dh151.5m) from the year earlier period, the lender said in a statement to Boursa Kuwait, where its shares trade. The quarterly income fell short of analysts’ expectations. Arqaam Capital had projected a net profit of 29.1m dinars while EFG Hermes had forecast a 44m dinar net income for the period.

Precautionary provisions for expected loan losses climbed to 11.26m dinars at the end of June from 59.94m dinars in the second quarter of 2019. The bank, however, reported a rise in its quarterly operating profit to 128.56m compared to 122.58m dinars a year earlier.

KFH’s first-half net profit also declined to 56.92m dinars from 107.6m dinars reported at the end of the first six months of 2019, it said in the bourse filing.

Lenders across the world are facing tough operating conditions, taking on provisions for expected bad loans and an increase in defaults as the global economy slides into a deepest recession. JPMorgan, America’s largest bank set aside $10.47bn (Dh38.4bn) to cover bad loans, which halved its second-quarter profit.

HSBC, Europe’s largest lender, reported a 57 per cent decline in its second quarter profit this week and warned loan losses may climb to as much as $13bn.

The International Monetary Fund projects the world economy will shrink 4.9 per cent this year followed by a sluggish recovery in 2021.

Economies in the Gulf are slowly picking up pace as governments ease movement restrictions. However, much like thier global peers, profitability of regional lenders is expected to remain under pressure, as loan growth slows and interest rates remain low.

Earlier in the year, KFH, which holds a significant share of the Kuwaiti banking market, postponed its merger deal with Bahrain’s Ahli United Bank due to “the prevailing unprecedented circumstances relating to the Covid-19 pandemic”.

Last year, the boards of KFH and Ahli United Bank agreed on a share swap ratio to create a combined Islamic banking entity with $96.7 billion (Dh355bn) in assets. The merger, once completed, would create the world’s largest Islamic bank, surpassing Saudi Arabia-based Al Rajhi Bank, according to Moody’s Investors Service.