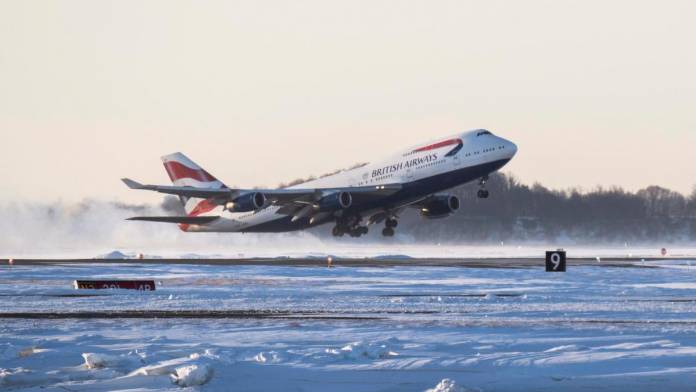 British Airways plans to retire its fleet of Boeing 747s with immediate effect due to the coronavirus pandemic’s impact on air travel.

“It is unlikely our magnificent ‘Queen of the Skies’ will ever operate commercial services for British Airways again due to the downturn in travel caused by the Covid-19 global pandemic,” the airline said.

BA, the world’s biggest operator of the jumbo jet, has 31 Boeing 747-400s powered by Rolls-Royce RB211 engines. The jets can carry up to 345 passengers in a four-class configuration.

The jets were operated on various routes including Dubai, Beijing, San Francisco, Mexico and Cape Town before travel restrictions to curb the spread of the virus forced the airline to ground them.

“While the aircraft will always have a special place in our heart, as we head into the future we will be operating more flights on modern, fuel-efficient aircraft such as our new A350s and 787s, to help us achieve net-zero carbon emissions by 2050,” BA said.

BA, which is owned by the International Consolidated Airlines Group, operated its first 747 flight in April 1971 through its predecessor BOAC. It took delivery of its first 747-400 in July 1989 and its last one in April 1999.

The health crisis dealt a huge blow to the aviation industry and the ensuing travel downturn forced operators to ground their fleets, lay off or furlough staff and defer plane deliveries to cope.

Airlines are also reviewing their fleet plans and assessing the type of aircraft that will be best suited to much smaller markets once the pandemic subsides.

The outbreak has cast doubts on the future of many airlines and forced others into bankruptcy.

Governments around the world have come to the rescue of their national airlines with financial aid packages to help them survive.

However, many operators said they do not expect travel demand to return to pre-coronavirus levels until 2023 or 2024 as the crisis takes its toll on the world economy, consumer spending and passenger confidence.

British Airways is the latest airline to announce the retirement of its 747 fleet after Qantas, which held three farewell flights across Australia before grounding the jumbo jet.

Boeing’s ‘Queen of the Skies’ revolutionised air travel in the 1970s before the advent of modern twin-engined aircraft.

The jumbo jet marked its 50-year flight anniversary in February 2019.

The jet marked its 50-year flight anniversary in February 2019, with the cargo market, whose growth has been fuelled by online shopping, giving it a new lease of life.

According to Bloomberg, Boeing will stop making the 747 soon, with the last jet expected to leave its Seattle factory in about two years.

Airbus has also pulled the plug on its A380 double-decker aircraft as airlines opt for twin-engined jets for long-haul flights.

BA announced plans to cut 12,000 jobs, or about 30 per cent of its workforce, a move described as a “national disgrace” by UK politicians.

However, IAG chief executive Willie Walsh insisted the company had acted lawfully as pressure mounted on the aviation industry.

10 Biggest University Funds In The US