Home Banking and Finance 10 Biggest University Funds In The US 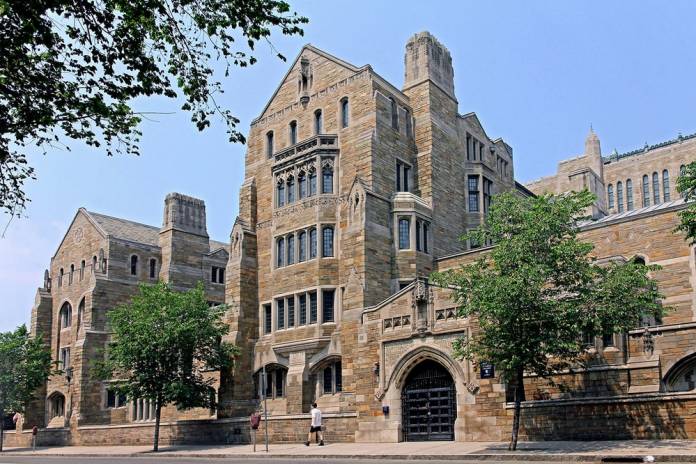 ome of the major beneficiaries for donations from millionaires and billionaires are universities. Wealthy people might donate money to their al maters as tokens of gratitude. Or they donate to fund research and other academic activities in specific fields of interest, from cancer researcher technology to fine arts. Most universities do not directly allocate donations and other funds to specific causes, but invest them in financial assets and use the returns on those to fund university activities.

The top 10 university endowments have combined assets of $224.3 billion, which is more than Jeff Bezos—the words’ richest person—is worth, and more valuable than the world’s biggest hedge fund. Here is a look at the biggest university funds in the US, what they use the money for, and how they perform.

Growth in asset value over the last year: 2.95%

Made up of more than 13,000 individual funds invested as a single entity, the endowment’s returns have enabled financial aid programs, scientific research, and professorships across a wide range of academic fields. The endowment distributed $1.9 billion in the fiscal year ending June 30, 2019, contributing over a third of Harvard’s total operating revenue in that year. The overwhelming majority of the funds that make up Harvard’s endowment are restricted to specific programs, departments, or purposes. Each of Harvard’s 12 schools “owns” its share of the endowment. Roughly 80% of the funds that make up the endowment are dedicated by the donor to a specific school.

2. The University of Texas System

Growth in asset value over the last year: 0.23%

Created in 1996, the University of Texas/Texas A&M Investment Management Co. (UTIMCO) is the first investment corporation formed by a public university system. It oversees the investments for the University of Texas and Texas A&M systems. The investment corporation is governed by a nine-member Board of Directors consisting of members appointed by the UT System and Texas A&M Boards of Regents. With assets of over $30 billion, over the past three years, endowments managed by UTIMCO have returned roughly 9% and total assets managed by UTIMCO have grown by more than $9 billion to $46 billion.

Growth in asset value over the last year: 3.28%

Totaling $30.3 billion on June 30, 2019, Yale’s endowment contains thousands of funds with a variety of purposes and restrictions. Approximately three-quarters constitute true endowments—gifts given by donors to provide long-term funding for designated purposes. The remaining one-quarter represents quasi-endowments—monies that the Yale Corporation chooses to invest and treat as endowment. Over the 10 years leading up to June 30, 2019, Yale’s investment program added $7.1 billion of value relative to the results of the mean endowment. The university’s 20-year market-leading return of 11.4% per annum produced $28.6 billion in relative value. Over the past 30 years, Yale’s investments have returned 12.6% per annum, adding $32.7 billion in value.

Growth in asset value over the last year: 4.7%

Stanford Management Company (SMC) is the office within Stanford University that invests its endowment and other financial assets to provide long-term support to the university. Annual payouts of about 5% of the value of the endowment—or $1.3 billion in 2019—cover more than a fifth of the university’s total operating expenses. Endowment payouts fund teaching, learning, and research across a wide variety of disciplines, including the arts, humanities, social sciences, sciences, engineering, law, medicine, business, and education.

5. The Trustees of Princeton University

Growth in asset value over the last year: 0.8%

Managed by the Princeton University Investment Company (Princo), Princeton’s endowment comprises more than 4,000 individual invested funds. Payouts from each endowed fund may be spent, but the original gift principal of the fund typically will remain intact in perpetuity. Although only a relatively small portion of the endowment can be spent each year, its payout provides the largest portion—nearly 57% in the 2018/19 fiscal year—of Princeton’s operating budget revenues. Furthermore, endowment payouts provide almost 80% of the university’s scholarship budget and have allowed Princeton to make significant improvements in its financial aid policies.

Growth in asset value over the last year: 6.3%

MIT’s endowment and other financial assets are managed through a subsidiary called MIT Investment Management Company. MIT is a smaller university in terms of scope. It has five schools: science, engineering, architecture and planning, management and humanities, arts and social sciences, and one college—the Schwarzman College of Computing—but no schools of law or medicine. MIT Investment Management Company, is different in its investment philosophy—it invests in firms without any institutional investors, partners with startups, and invests as little as $5 million in a company.

Growth in asset value over the last year: 6.3%

The Texas A&M University System is one of the largest systems of higher education in the nation with a budget of $6.3 billion. The system is a statewide network of 11 universities. The Permanent University Fund (PUF) is a public endowment contributing to the support of certain universities and agencies in the A&M System and certain universities in the University of Texas System. The PUF was established in the Texas Constitution of 1876. Today, the PUF includes over 2.1 million acres in 19 West Texas counties. Mineral income from this land has accumulated over several decades and the PUF was valued at approximately $17.9 billion as of August 31, 2016.

Growth in asset value over the last year: 4.6%

The University of Michigan’s endowment rose to $12.4 billion in the last year—a $500,000 increase. The investment return for the university’s long-term investment portfolio, which is mostly made up of the endowment, was 6.4% in the 2019 fiscal year. Endowment distributions totaled $368 million in the same period. With a 20-year annualized return of 9.2%, the university ranks in the top decile for long-term investment performance among university endowments, where the median annualized return is 6.3%.

Growth in asset value over the last year: 7.2%